Mission by Philip Spires - a review by Cao Duc Thac 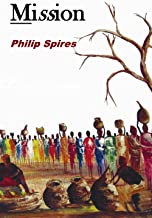 Budget airlines have made travelling far easier in recent years and many of us have enjoyed holidays in exotic places: on safaris in East Africa, trekking through Nepal, cruising the Amazon. However, after putting away the souvenirs and sorting out the snap shots, we often feel that there is something amiss. Yes, the animals are great, the local markets colourful and some of the foods quite exquisite. But do we get to know anything of the local people? We exchange a few words with them, engage in bargaining over prices, and laugh over misunderstandings, but we know nothing of their hopes and aspirations. Sometimes, we may have serious conversations in bars or restaurants with some locals that are fluent in our language or with some expatriates working in the country. Unfortunately, even these conversations may be just stereo-types: the country is utterly corrupted, the government is hopelessly incompetent; the people have not moved from the Middle Ages, etc. Mission, by Philip Spires, offers an armchair exploration of the locals and foreign workers in a poor village in Kenya. Through their stories, we get to know their hopes and aspirations, their dilemmas, the circumstances that force them to act the way they do and, ultimately, their humanity. The book begins with a car accident in which the village drunk, a character nobody liked much, got killed. However, the day of the accident proves to be fateful for the major characters of the book. Like Kurosawa’s movie Rashomon, each of the major characters – a Catholic priest who cares more about the welfare of the people in this life than for their souls in the next life, an earnest young Kenyan who wants to become a Catholic priest, a couple of local entrepreneurs who cleverly exploit the business and political opportunities in Kenya just after it gained independence etc – tells their hopes and ambitions, their circumstances and their dilemmas. The car accident at the beginning of the book turns out to be the denouement for the major characters. The book is only published recently but has been incubated by Philip over many years while he spent time in Kenya, London, Brunei and the United Arab Emirates. While his portrayal of Kenya and London is quite vivid, we also recognise the basic humanity of the characters in the book. It is comforting to know that while we face different circumstances, we are basically the same round the world. This is a message we need to remind ourselves constantly as tribal and sectarian conflicts exploded in recent years. Review by Cao Thac, Australia View this book on amazon Mission

Posted by philipspires at 1:01 PM