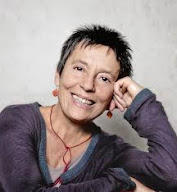 The symphony orchestra may rank among the most important of all human inventions. The fact that the very idea is absurd makes it a gem of human achievement. Around a hundred human beings, who have devoted their lives to mastering techniques in the use a technology invented specially for this product-less purpose. They join together in the presence of an audience, who is only in attendance to share the both intangible and abstract experience of hearing sounds, sounds that have been concatenated by the imagination of others who generally are not even present. The absurdity of the exercise can only be imagined. The permanence of its effect cannot be overstated.

The fact that we have concerts at all in these virus-dictated times is, in itself, a miracle. Duly temperature-checked at the door, socially-distanced and only in attendance by virtue of the musicians’ willingness to perform the same program twice each time, at six o’clock and then again at nine, we are privileged to assemble in Alicante’s ADDA concert hall. And this has happened three times in the last two weeks for this particular participant.

And, after some months away from real live orchestral sound, the opening phrases of Edward Tubin’s Estonian Dance Suite provided an immediate and major thrill. Tubin’s reputation for musical conservatism does not prepare the listener for the harmonic and rhythmic surprises in his work. We followed that with the performance by Adolfo Guitiérrez of Shostakovich’s second cello concerto, whose almost neurotic, obsessive concentration seemed to tap the general anxiety we are all feeling these days. Adolfo Guitiérrez had the time and energy to play and a little encore by Benjamin Britten, despite having to do the whole thing again just two hours later. We then heard the Symphony No. 1 of the fourteen-year-old Felix Mendelsohn. The music seems to fit the mental image of the early teenager in a frock coat and a cravat parading as a precocious adult. In some ways, the almost deliberate recourse to complexity, the calculated varied modulations of key speak of this lad frantically staking his claim to adulthood. The fact that the work convinces and generates communicative experience is testimony to the young man’s invention and genius, indeed success in his personal project. Anu Tali’s conducting debut in Alicante was thus a brilliant success.

The second trip was for a concert devoted to the memory of José Enrique Garrigós, who was a significant figure in the business and cultural life of the province. He died last year and was clearly an acquaintance of Joesp Vicent, ADDA Simfonica principal conductor and artistic director. Josep Vicent also clearly has special regard for the major work on the program, Tchaikovsky’s Sixth Symphony, the Pathetique.

But the concert began with a finale, the final jota from the Three Cornered Hat of Manuel de Falla. The piece was perhaps a long-term favorite of José Enrique Garrigós and perhaps gave an insight as to how he himself wanted to be remembered. There followed a performance of Raise The Roof, a timpani concerto by American composer Michael Daugherty. To describe Javier Eguillor’s performance as soloist as virtuosic would almost belittle the achievement. Rarely silent throughout the work, the work began with an aurally blinding flash of a cymbal roll. The timpani then offered their notes to the orchestra, which then proceeded to play with and amongst them throughout a first movement that was almost entirely pentatonic. Overall, the piece layered gloss on gloss, sparkle on glitter to provide almost an evaporation of emotion and brilliance.

And then we had Tchaikovsky six. Certain pieces of music, quite rarely, it has to be said, only grow by greater exposure. Each time such pieces say something bigger, reveal layers of nuanced meaning previously missed or merely impact on the listener in a more vivid, immediate way. This Tchaikovsky symphony is one such piece. This particular performance I would place a few centimeters short of life-changing. A closer brush with raw experience might even have been dangerous. After the turbulence, the paroxysms and the joy, we were left with the pianissimo of two notes on the basses, sawn rather than bowed, the cuts of the last ties with hope. Strangely enough, such overt despair makes everyone, eventually, feel better, because the only remaining way is up. I am reminded that in the same hall in less than two months I expect to hear a performance of Shostakovich Symphony No. 4, which finishes with precisely the same two note fate in the basses, but repeated like a torture.

And so to the third of the recent orchestral events. Programmatically this one was unusual in that it presented a Saint-Saens-Mozart sandwich. Three shorter pieces by Saint-Saens, the Andromache overture, Spartacus and the Dance Macabre, surrounded the Mozart Piano Concerto No. 20. The Saint-Saens showed off the orchestra to great effect, the brilliant orchestration producing color and effect in an almost Proust-like stream of consciousness, albeit considerably shorter. The brilliance of the composer’s orchestration contrasts with his musical conservatism, but the whole assembles like an Impressionist painting, albeit of a generation earlier than the composer’s own life.

Mozart’s Piano Concerto No. 20 is a different experience from those previously described. This is a quiet, understated, deeply personal work the bursts with emotional states that are not advertised like self-promotion or worn like jewelry. The writing is subtle, reticent, suggestive of some deeper emotional experience than that being related to the listeners. It is a piece that needs a pianist with perfect touch married to an ability to communicate, a transparent virtuosity that allows the music to quietly come before technique, but a technique perfect enough to admit moments of sympathetic variations of emotion. The soloist achieving this perfection with apparent ease was none less than Maria João Pires.

Posted by philipspires at 3:39 PM