Life At The Top by John Braine 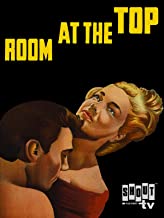 After recently re-reading John Braine’s Room at the Top, I went On Chesil Beach, courtesy of Ian McEwan. Without doubt the latter is a masterpiece, whereas the former seems to be a little too reliant on its contemporary setting, its social mores, its finely tuned appreciation of social class to be considered more than “of its time”. Concatenating the two books, however, has made me think a little more about the underpinning thesis of Ian McEwan’s book, that the early 1960s remained an age when sexuality was not discussed, dealt with or even experienced in the more open, liberal manner of just a decade later. In the context of Ian McEwan’s setting and for his characters, this was undoubtedly the case. Memories of John Braine’s 1950s, however, remind me that there might have been room for a different reading.

And so I approached a re-discovery of Braine’s Life At The Top with more than just an interest in the narrative. Of course the book is a sequel, an attempt to recreate the success that had eluded its author in the intervening years. But it is based in the early 1960s, precisely the time when Ian McEwan’s fumbling lovers marry.

Life At The Top is ten years on from its germ. Joe Lampton and Susan are married and have two children. Joe is also firmly ensconced in his father-in-law’s firm, has made a moderate success of his career and, certainly relative to others around Warley, has plenty of money. But as those for whom success seems to be a given, it is necessary to be reminded that, “It’s one thing to get there, and quite another thing to stay there”. And so it is with Joe Lampton. He becomes a councilor – a Tory one at that – and all seems to be made. But then, but then… he’s still our Joe. He still likes his pint, though now it’s more likely to be a scotch, and perhaps Susan is still as naïve as she was a decade before – naïve, that is, until she decides what she wants.

So, obviously, in Life At The Top Joe and Susan’s life together turns sour, even a little bitter. But John Braine’s plot and style always keep the process above soap opera, where character only exists to fuel plot. In some ways, the pair of novels, Room and Life At The Top, is a loose allegory of the experience of the author, himself. In Room he’s an upstart successfully staking his claim, but at a cost in terms of pigeon-holing and confinement to a genre. In Life he’s a known success and is clawing on to its retention.

But after finishing the book two points stand out. The first is a reminder of the apparent sexual liberty enjoyed by its characters. Not only Joe, but also Susan and eventually Norah, not to mention the ailing Mark, are apparently free-loaders. Only Mark’s wife seems to possess the frigidity, perhaps aridity, that Ian McEwan seems to associate with the era. I can remember when Life At The Top was a much watched film. It was seen as racy, even a bit risqué, but not because of what it portrayed, only that it was portrayed. It wasn’t the content that shocked; it was the fact that the content was made public.

On the other hand, if John Braine’s mission had been purely to shock, then the ultimate morality of the outcome would be incongruous at best. Life At The Top is the kind of novel where what happens is crucial, so to reveal the finishing point would detract from the experience of reading the book. Suffice it to say that, in its own way, Life At The Top becomes an affirmation of a given set of values, even if those who want to live by them do not always live up to them.

So I return again to On Chesil Beach and conclude that there may be a greater element of social class – or even stereotype – involved in Ian McEwan’s reading of the mores of that age. A shortcoming it might be, but it detracts in no way whatsoever from the quality of the book. The imagined rules applied to those described, despite the fact that, as John Braine’s Life At The Top reminds us, they might not actually have been rules and certainly didn’t apply to everyone, especially the imagined.

View this book on amazon
Life at the Top

Posted by philipspires at 1:46 PM